Hoard’s Dairyman Intel: Finances among the toughest in California

Finances among the toughest in California 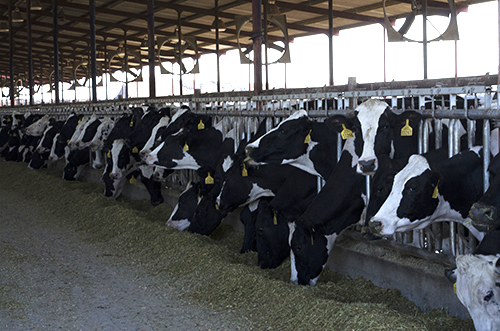 A second economic analysis has confirmed that dairy farm income did not cover expenses in 2015 for California dairy producers.

Frazer Certified Public Accountants and Consultants conducted the latest study. It showed no matter the location — Southern California, the San Joaquin Valley, or Kern County — California dairy farms lost money last year. A California Department of Food and Agriculture (CDFA) study reported in an earlier Hoard’s Dairyman Intel, “California dairies had huge losses in 2015,” concluded the same situation . . . farms’ finances may be the most challenging in the Golden State compared to its western counterparts.

Making the Frazer study a little more unique, it not only tallied costs on California dairy farms, but those located in Arizona, New Mexico, the Texas Panhandle, the Pacific Northwest, and Idaho. Collectively, these farms were home to 323,000 dairy cows and produced over 7 billion pounds of milk . . . that was roughly 3.5 percent of the U.S. milk supply. Of those five additional states or regions, two posted a profit, two others were close to break-even in 2015, while the fifth had significant red ink.