Gazette Opinion: Where’s the beef from? WTO doesn’t want you to know

Gazette opinion: Where’s the beef from? WTO doesn’t want you to know 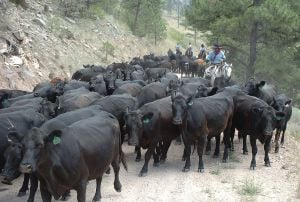 U.S. shoppers can’t have a label telling them where their beef was born and raised. Such consumer information would be a violation of the North American Free Trade Agreement, according to the World Trade Organization.

Basically the rulings says that telling U.S. consumers which products are made in the USA would disadvantage products that aren’t. At issue in the WTO ruling Monday are claims from beef cattle producers in Canada and Mexico that the U.S. law requiring Country of Origin Labeling is unfair competition.

The WTO decision Monday was expected. It is the latest in a series of international trade rulings against COOL. Since it became law in 2002, COOL aimed to provide U.S. shoppers with information on where fresh fruits and vegetables, raw seafood and raw meats originate. Many of us want to know where our food comes from. Frankly, agricultural practices in some nations around the world are much lower than U.S. standards for health and safety. And we’ve heard often that only a small percentage of food imports are inspected before they are sold to us. Smart shoppers want COOL.

Fortunately, Montana has always had COOL support in its congressional delegation. Sen. Jon Tester, D-Mont., said Monday, "I’m confident there is a way forward to provide meaningful information to consumers, and I will continue working to get there."

However, the House Agriculture Committee Monday immediately announced it would put COOL on its agenda this week to comply with WTO. House Ag Chairman Mike Conaway, R-Texas, and Senate Agriculture Chairman Pat Roberts, R-Kansas, previously sided with the meatpacking industry in efforts to repeal COOL. Both chairmen have indicated they are ready to step in on the issue, according to the Associated Press.

COOL supporters aren’t ready to give up yet.

"We believe that Congress and the U.S. Trade Representative need to follow this processes all the way to the end and we’re not there yet," Bill Bullard, of the Billings-based Ranchers-Cattlemen Action Legal Fund, told Gazette reporter Tom Lutey on Monday. "We still have the arbitration process in which Canada and Mexico have to prove damages before imposing tariffs. A study from Auburn that shows the economic harms claimed by Canada are actually from economic recession, not the labels."

More than a beef beef

The WTO ruling only applies to beef because that’s what Canada and Mexico complained about. But if WTO member nations complain about labels on melons or shrimp, or any other fresh food, those labels would be banned, too, and the U.S. could have penalties applied to its exports of its products if it failed to comply.

"It starts snowballing what can be challenged," said Gilles Stockton, a Fergus County rancher. "It is a loss of our sovereignty."

COOL doesn’t keep any foreign products out of the United States. It’s ridiculous to decide that U.S. shoppers can’t know the truth.

Canadian and Mexican beef producers and importers can market their products, too. Why not promote Canadian beef, Mexican beef, and U.S. beef?