What a week! With the U.S. Department of Agriculture (USDA) recently announcing it plans to issue a new rule governing the Packers and Stockyards Act, OCM took your fight for fair markets and the rights of farmers to Washington, D.C. 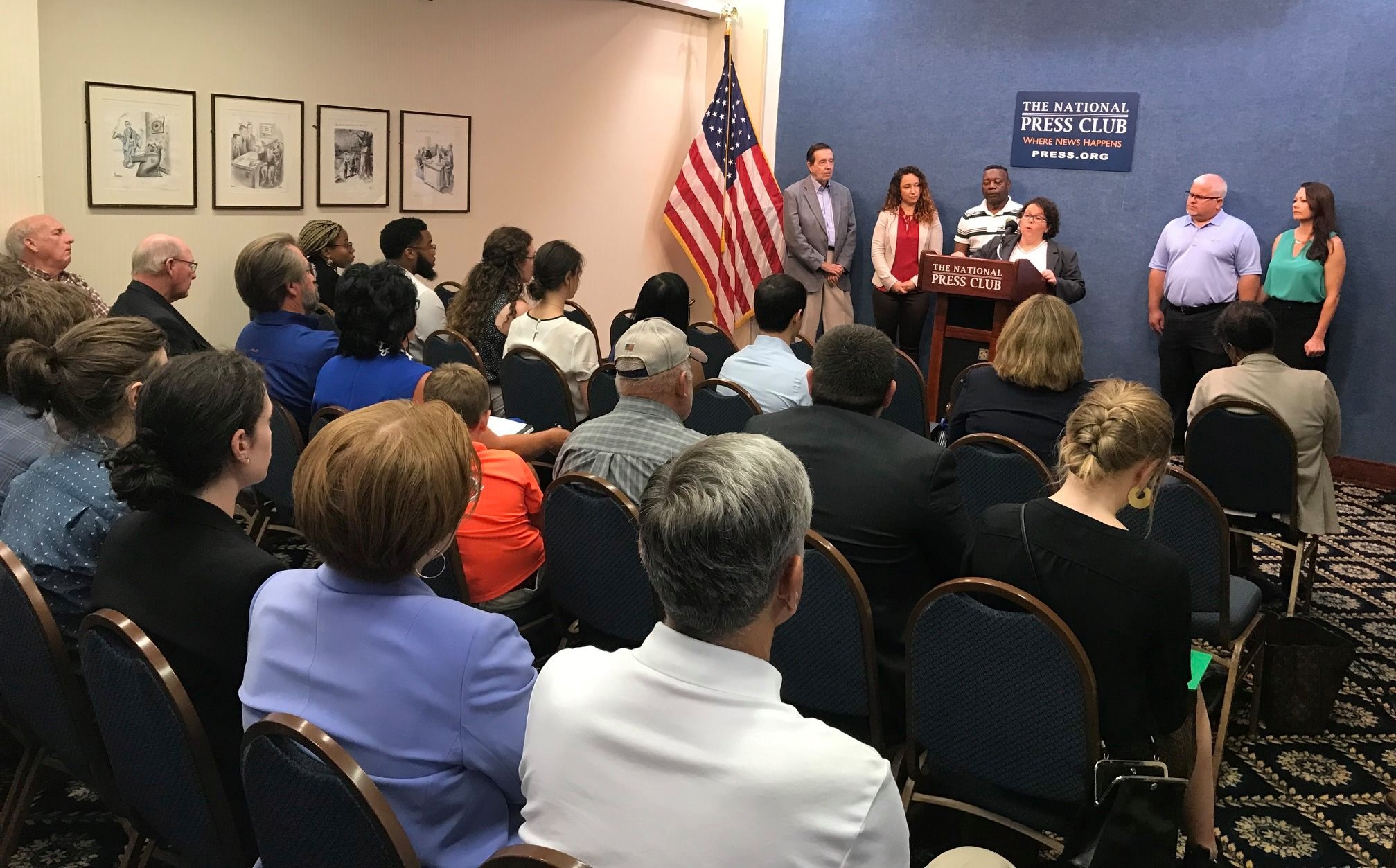 Over a three-day period, over 20 farmers and advocates met with their members of Congress and USDA staff and held a press conference and a Congressional Briefing.

OCM co-hosted a press conference where five farmers including OCM board member Al Davis outlined the monopolistic and abusive practices that meatpackers and meat processors use against America’s family farmers. You can watch the entire press conference here.

On Tuesday afternoon, OCM participated in a Congressional Briefing that was hosted by Senator Tester and Congresswoman Kaptur. OCM board members Jonathan Buttram, Chris Petersen, Al Davis, OCM Vice-President Vaughn Meyer and other OCM members attended. Vaughn and Chris testified before a room of over 80 congressional staff members. Following the briefing, Senator Tester, Senator Booker, Senator Grassley and Congresswoman Kaptur issued a letter to all of their colleagues in the U.S. Senate and U.S. House of Representatives calling on them to keep Secretary Perdue and USDA’s feet to the fire and to adopt meaningful Packers and Stockyards Act market safeguards. Our demands can be seen here in the Congressional letter.

We must lift our voices if we are to be heard. Here’s how you can help: Stay tuned for our updates and we will let you know when the USDA has issued the new rule. We will need your help to submit official comments holding USDA accountable to farmers.

Want to do more? Please consider making a tax-deductible donation to OCM so we can continue to amplify your voice in Washington, D.C.