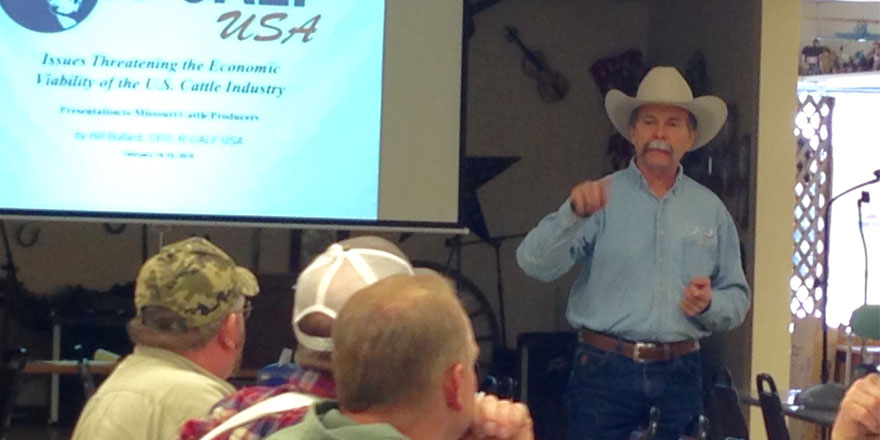 The CEO of R-CALF USA says meat packers wanted to get rid of Country of Origin Labeling, COOL, because it would not fit in with the Trans Pacific Partnership. He tells Brownfield Ag news, “Unfortunately, Country of Origin Labeling (COOL) was defeated [repealed on beef and pork] because it conflicts with the goals within the Trans Pacific Partnership (TPP) free trade agreement. There, the origins of beef [and pork] will be whatever country the animal is slaughtered in. And, that means that the U.S. cattle industry is irrelevant.”

Bill Bullard says the trade agreement gives meat packers the unilateral authority to decide where to source cattle from and to put a USA label on it, “Because cattle sourced from Brazil, for example, the meat from those cattle could be labeled with the USA label, shipped to Japan duty-free under the TPP. So, we couldn’t, of course, have Country of Origin Labeling in a domestic market that would differentiate US product when the US product was going to be under the TPP from cattle from anywhere in the world so long as it was slaughtered in the USA.”

Bullard claims independent producers were deceived. He tells Brownfield that R-CALF intends to win COOL back, “And that’s because it’s the only tool available to US producers to compete in the domestic market against the rising tide of imports coming into this country.”

Bullard says he expects consumer groups will demand reintroduction of COOL, adding that consumers are just becoming aware that origin labels for meat are gone.