Lawmakers want to know why a Brazilian-owned company got payments from a program aimed to help American farmers weather President Trump’s trade war. 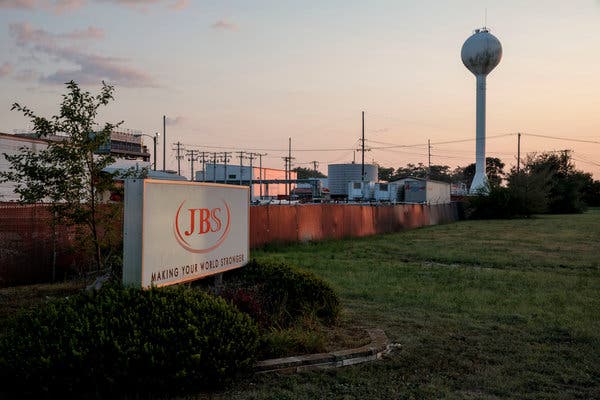 A meat-processing center owned by JBS in Beardstown, Ill., in July. Credit…Whitney Curtis for The New York Times

By Maggie Haberman and Alan Rappeport

WASHINGTON — The Trump administration, confident that the Chinese government will follow through on its agreement to buy more American agriculture, plans to shutter its bailout program for farmers hurt by tariffs.

But allegations of unfairness and other criticisms continue to dog the $28 billion initiative, which President Trump created to ease the economic hardship on rural America, which constitutes a large portion of his political base.

What was meant to be a financial lifeline for struggling farmers has been widely derided by critics as a corporate bailout for big agriculture companies and those who live in metropolitan areas but own farms in rural America. The program has also been attacked for providing financial support to American subsidiaries of foreign agriculture companies that operate in the United States.

For months, a bipartisan group of lawmakers has been pressing the Trump administration to explain payments to a Brazilian-owned company with a troubled past.

About $67 million in bailout funds have gone to JBS USA, the subsidiary of JBS S.A., a Brazilian company that is the world’s biggest meat-processing firm.

Lawmakers have argued that a company with foreign-held ownership should be getting more scrutiny, particularly one that encountered legal troubles three years ago. In 2017, two of JBS S.A.’s former top executives, brothers Wesley and Joesley Batista, pleaded guilty to corruption charges in Brazil.

The Batista family, through a holding company, remains the largest shareholder of JBS S.A.

“I have not had a reply from the secretary,” Ms. DeLauro said, adding that the money “was supposed to be going to struggling farmers.”

A spokesman for JBS USA, Cameron Bruett, described the firm as “an important American company, providing more than 60,000 U.S.-based jobs” and as a key part of the agricultural community. He added, “JBS USA has not been accused of any wrongdoing. The company has its own management team that leads all operations and is focused on running a strong and effective business.”

Since the Batista brothers’ plea agreement, Mr. Bruett asserted, they have had no direct involvement with the company, and he said that JBS has cooperated with American authorities for inquiries into what happened in Brazil.

Shortly after the guilty pleas in Brazil, JBS USA appointed an independent advisory board, which included John A. Boehner, the former House speaker. Mr. Boehner’s law firm, Squire Patton Boggs, is listed in federal forms as a lobbyist for JBS, although an aide to Mr. Boehner said he is not among those at the firm who represent JBS. 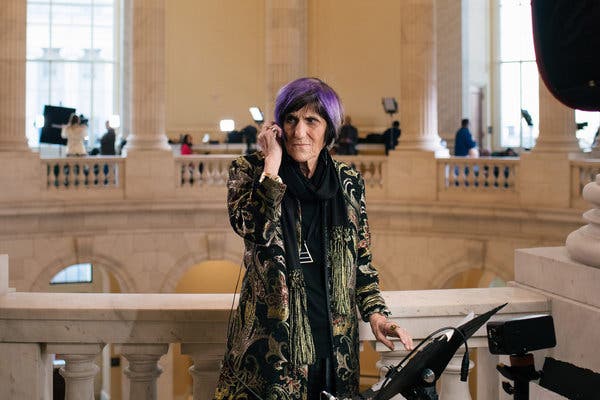 Representative Rosa DeLauro, Democrat from Connecticut, at the Rayburn House Office Building in Washington in December. Credit…Alyssa Schukar for The New York Times

The bailout program began in 2018 as a $12 billion effort to offset losses for farmers hurt by the trade war and swelled to $28 billion as the conflict festered. The program has involved both direct payments for crops that suffered from tariffs and government purchases of excess commodities produced by farmers. Critics of it, including some farmers, have faulted it as an easily abused stopgap that failed to address the core problems caused by the president’s tariffs on China and other nations.

This week, Senator Debbie Stabenow of Michigan, the top Democrat on the Committee on Agriculture, Nutrition and Forestry, said that the aid program was biased in deploying its resources. She argued that money was being concentrated in the south, that certain crops were being unfairly favored and that large and foreign companies were receiving big benefits while small farms struggled.

“As farmers continue to face tough times, the Trump administration has failed to correct the serious inequities within their flawed trade assistance program,” Ms. Stabenow said in a statement. “While farmers need help in order to weather the trade uncertainty caused by the administration, the aid continues to favor large farms and the south over those hit the hardest.”

Ms. Stabenow specifically pointed to JBS USA, which she said has received $100.8 million in commodity purchases from the Agriculture Department.

JBS USA, which has acquired other American meat companies under its umbrella, said the government purchased just $67 million of pork products from the company with trade mitigation funds and that the additional purchases were from different funds that support the National School Lunch Program and other federal food and nutrition assistance programs.

In response to a question about whether the Agriculture Department is acting on requests from lawmakers including Ms. DeLauro, an official provided a statement attributed to Mr. Perdue.

“We’re buying U.S. produced agricultural products,” Mr. Perdue said in the statement. “The premise behind procurement is to take product off the market and support prices. This will help U.S. farmers. These are legal companies operating in the United States. This is no different than people buying Volkswagens or other foreign autos where their executives may have been guilty of some issue along the way. They still buy the cars.”

But lawmakers are continuing to press for answers about the company.

Mr. Rubio and Mr. Menendez have asked the Treasury Department to investigate possible ties that JBS S.A. has with the government of Nicolás Maduro in Venezuela, whom the United States does not recognize as the rightful president. Mr. Bruett said the company has not sold products to Venezuela since 2017. An official with the Treasury Department declined to say whether the agency is looking into JBS S.A.

“Once those plea agreements were entered into, the company went through changes,” Mr. Bruett said. 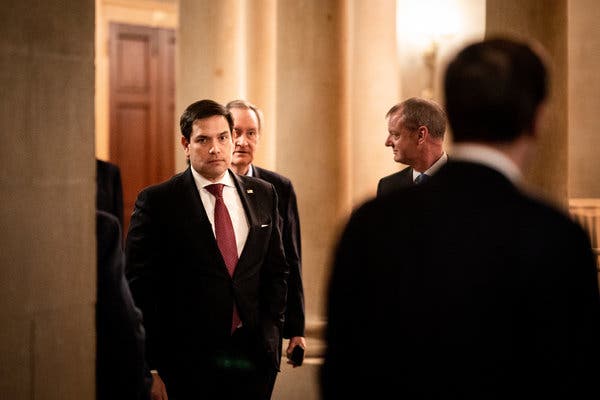 Mr. Rubio raised his concerns about JBS, which stem in part from whether the company was able to purchase American companies through ill-gotten loans, in a Senate hearing to confirm the incoming ambassador to Brazil, Todd C. Chapman, in December.

“This is an issue that I hope will come to a head and that we’re focused with, and I more than imagine that the issue will be raised in our embassy,” Mr. Rubio told Mr. Chapman, who said he was aware of the concerns.

Ms. DeLauro said she was not giving up on the issue, noting that JBS S.A. officials have highlighted how strong their financial position is in recent months.

“This finding is supposed to go to people in trouble,” she said of the bailout money. “You’ve got JBS touting how well they are doing.”