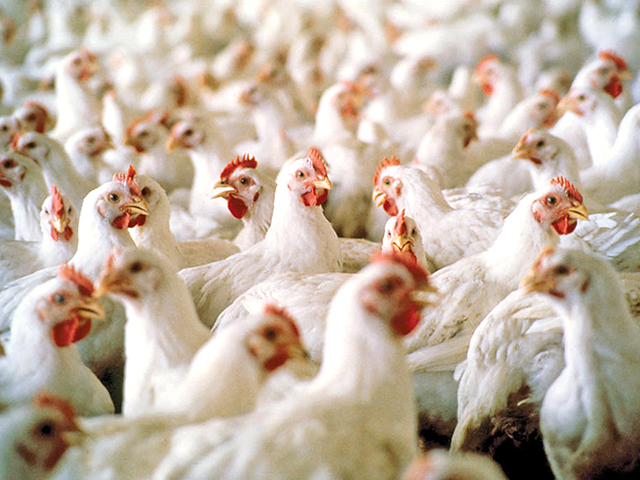 Among the rules issued by USDA on Wednesday, one would make it easier for poultry producers to bring an unfairness or discriminatory claim against a packer in federal court. (DTN file photo)

OMAHA (DTN) — The visceral political fights over livestock marketing rules will carry into the Trump administration as reaction to USDA’s release of three rules on Wednesday ranged from all-out praise from some farm groups to condemnations of political retribution by other groups.

The livestock marketing rules under the USDA Grain Inspection, Packers and Stockyards Administration, or GIPSA, are in different stages of the process. They date back to language in the 2008 farm bill, and the rules have been controversial throughout the Obama administration. Early proposals from USDA drew fire from major industry groups and Congress. The rules were then blocked by Congress refusing to fund any efforts to advance the rules. Finally, Congress relented in the fiscal year 2016 funding bill and USDA immediately advanced the rules again.

The three rules, dubbed as the "Farmer Fair Practices Rules," were late, coming just 37 days before the inauguration. Agriculture Secretary Tom Vilsack said Congress gave conflicting signals about the rules for years, leading to the late push this year by the administration to compete them. Vilsack said the rules help ensure a "fair, just, a non-discriminatory and non-deceptive system" for marketing livestock and poultry.

The rules include an interim final rule on how USDA wants courts to interpret a provision of the Packers and Stockyards Act. Courts have ruled in cases between poultry growers and poultry companies that a grower has to demonstrate a company’s action against the individual grower harmed the entire poultry market. Since the 1980s, USDA has used the standard in beef or pork cases that a livestock producer doesn’t have to show harm to competition to bring a Packers and Stockyards case against a company. So USDA has pushed to apply the same language to poultry contracts as well.

"We’ve had court after court tell us until you incorporate this as a rule, we can’t apply this to live poultry dealers," Vilsack said. "So this is really just about consistency here, having a single standard across the industry."

The final proposed rule would restructure the tournament payment system by giving USDA authority to determine if a ranking system for poultry growers’ prices is fair or unjustly discriminatory, or deceptive. The poultry industry has opposed any USDA rules that could create problems with the company tournament systems.

"We believe it will address the uneven bargaining power between poultry dealers and poultry growers," Vilsack said.

All three of the rules could be stopped by the incoming administration or Congress.

House Agriculture Committee Chairman Michael Conaway, R-Texas, criticized the rules and noted he had asked Vilsack in an October letter to withdraw all three rules. Conaway called the rules a last-minute, partisan move. "It is particularly troubling given Congressional disapproval with the overreach of these costly rules dating back to their original proposal in 2010."

However, in a strong defense of USDA, Sen. Charles Grassley, R-Iowa, backed up Vilsack’s argument that the rules had been "stymied by appropriations riders." Grassley said the rules were not as strong as he wanted, but he said they were a step in the right direction.

"I’ve heard loud and clear from Iowa cattlemen over the last several months about the power packers continue to exercise to the detriment of independent livestock operators," Grassley said.

Yet, a Grand Canyon divided the reaction among farm organizations regarding the rules.

The National Pork Producers Council called the rules "an apparent attack on rural America for its role in helping elect Donald Trump as president." NPPC stated it would work with the Trump administration and next Congress to repeal the "unnecessary, destructive and illegitimate midnight rule."

Vilsack called NPPC’s comments as "absurd" and added, "It’s unfortunate that they would use such rhetoric." The secretary noted that the rules had gone through a long process of hearings and more than 60,000 comments to be completed. "This has got nothing to do with the election of 2016. This has everything to do with what’s fair to producers."

Roger Johnson, president of the National Farmers Union, said the beef, pork and poultry sectors have become increasingly concentrated and such market power creates the incentive to abuse producers in the market. Johnson then took a jab at the leadership of other organizations that oppose the rules.

"In many cases, these corporate powers have become the voice of their respective animal commodity organizations, unfortunately," Johnson said. He added that the basis for the Packers and Stockyards Act was to address some of these unfair competition issues nearly 100 years ago.

The American Farm Bureau Federation also supports the rules, stating they will ensure companies treat farmers fairly. "We have asked for changes to stop harmful business practices and protect chicken farmers. A one-size-fits-all approach doesn’t work here, and that’s why we have also worked to preserve the contract arrangements and marketing practices that make the beef and pork industries competitive," said Georgia farmer Zippy Duvall, AFBF president. "These proposed rules will strengthen GIPSA’s ability to evaluate business practices in the poultry industry and better protect individual farmers from discriminatory treatment. America’s chicken farmers have long called for greater transparency and a level playing field in our industry, and we appreciate USDA’s efforts to hold companies accountable and give farmers a voice."

Mike Weaver, a West Virginia chicken grower and president of the Organization for Competitive Markets, said the Packers and Stockyards Act was created to protect growers from undue practices affecting individual producers. "This is not an anti-trust law," Weaver said. "It’s a regulation to protect farmers from abuse from these multi-national corporation … If we have to prove harm to all competition, then it is protecting the companies, not the farmers."

Weaver went on to say he didn’t think Trump was paying consideration to family farmers since Trump’s transition team for Secretary of Agriculture doesn’t have any family farmers on it.

Johnson chimed in he was at a recent meeting on the poultry rule with a lot of other farmers who are Trump supporters. "They believe he is going to stand up for the little guy," Johnson said. "We’re the little guys."

The National Chicken Council said the rules "threaten to upend the structure of the livestock and poultry industries, raise the price of meat/poultry and cost jobs in rural America."

Mike Brown, CEO of the National Chicken Council, made it clear the rules were not needed across the industry.

"The vast majority of chicken farmers in rural America are happy and prosper raising chickens in partnership with companies, and they don’t want the government meddling on their farms and telling them how they should run their businesses," Brown said. "Business under the current contract structure has given thousands and thousands of farm families the opportunity to live in rural America and operate profitable businesses that allowed them to build nice homes, expand other aspects of their farm enterprises and put their children through college.

"These rules, however, could lead to rigid, one-size-fits-all requirements on chicken growing contracts that would stifle innovation, lead to higher costs for consumers, and cost jobs by forcing the best farmers out of the chicken business. The interim final rule on competitive injury would open the floodgates to frivolous lawsuits."

Allan Sents, the marketing committee chairman for the U.S. Cattlemen’s Association, called the rules "an important step to advance competition and true price discovery in the cattle market." Sents added that the rules would help USDA with its oversight and curb anti-competitive buying practices in the livestock sector.

Tracy Brunner, president of the National Cattlemen’s Beef Association, assailed USDA and Vilsack, saying, "Cattlemen and women don’t appreciate Secretary Vilsack throwing a grenade in the building as he abandons it." Brunner said the rule would limit the way cattle producers market their cattle and also increase litigation.

"As we have consistently stated, if adopted, this rulemaking will drastically limit the way our producers can market cattle and open the floodgates to baseless litigation. In a time of down cattle markets, the last thing USDA needs to do is limit opportunity. The fact of the matter is, we don’t trust the government to meddle in the marketplace," Brunner said.

The rules can be found at https://www.gipsa.usda.gov/…