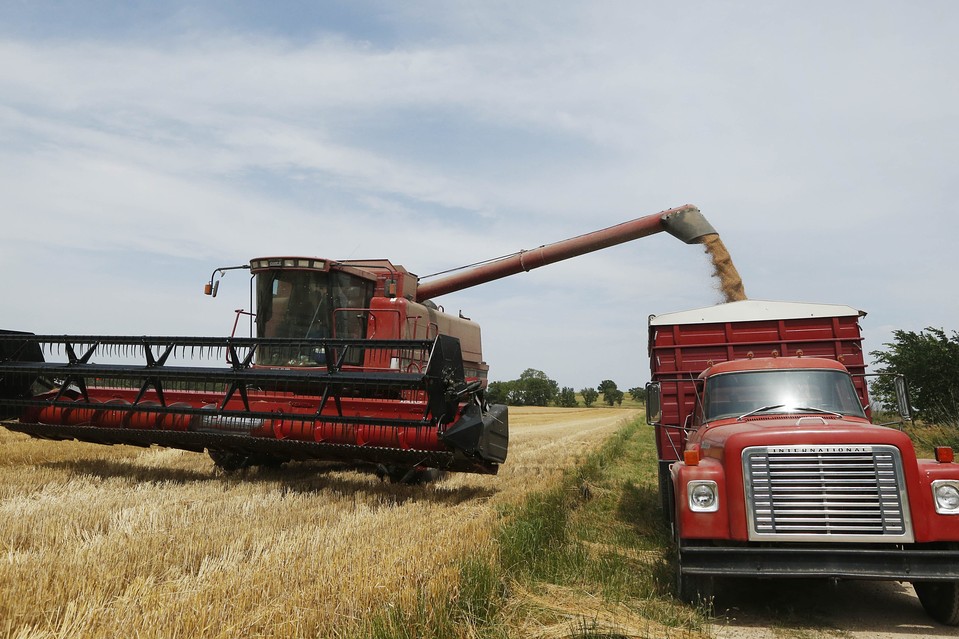 Wheat being harvested on a Kansas farm in June 2013. PHOTO: ASSOCIATED PRESS

In a lawsuit filed on Wednesday, the U.S. Commodity Futures Trading Commission said Kraft and its former parent Mondelez earned profits of $5.4 million through a 2011 effort to artificially lower the price of physical wheat by buying large amounts of futures contracts. Kraft and Mondelez were separated via a spinoff of North American grocery operations to shareholders in 2012.

The case is an early test of the CFTC’s new authority under the 2010 Dodd-Frank financial regulation overhaul that gives the agency more flexibility in going after manipulation. The only other case the regulator has brought under the provision to date is against J.P. Morgan Chase & Co. over its “London Whale” trades.

The CFTC’s allegations were jarring partly because grain futures markets are set up to serve food companies and processors, who are afforded special trading privileges to help them offset the price risk they face buying crops, according to David Durra, president of AgSpread Analytics LLC, a Chicago-based commodity trading firm.

“If what the CFTC alleges is true, it kind of challenges the integrity of the entire market,” Mr. Durra said. “It’s normally the speculative players who get the bad reputation.”

Wheat prices spiked in the summer of 2011 after drought damaged crops in Russia, Europe and China. That boosted the cost of grain for food companies like Kraft, which the CFTC said uses 30 million bushels of wheat a year to make products like Oreo cookies and Wheat Thins crackers.

In response, according to the CFTC’s complaint, Kraft’s wheat traders developed a plan in which the company would heavily buy December-dated wheat futures contracts, sending a signal to other traders that food companies and other grain processors intended to acquire large quantities of wheat near the end of that year.

In response, according to the CFTC, the price for Kraft to buy physical wheat prior to December would decline, because grain companies that supply crops directly to food makers may have believed that Kraft’s mill didn’t require as much grain immediately.

“Kraft executed its plan, and the market reacted as Kraft expected, yielding Kraft more than $5.4 million in futures trading profits and savings from its strategy,” CFTC officials wrote in the complaint.

Kraft bought $90 million of December 2011 wheat futures in early December 2011, the equivalent of a six-month supply of wheat for its mill. The agency said the companies never intended to take the order but instead expected the market to react to their large long position by lowering cash wheat prices, which the market did.

Kraft and Mondelez also held long positions in December 2011 wheat on five days in early December 2011 that exceeded speculative spot month position limits without having a valid exemption in place, the regulator said.

“This case goes to the core of the CFTC’s mission: protecting market participants and the public from manipulation and abusive practices that undermine the integrity of the derivatives markets,” the CFTC enforcement director, Aitan Goelman, said in announcing the lawsuit.

Spokeswomen for Kraft and Mondelez said they couldn’t comment on active litigation.

Mondelez said in a regulatory filing in February that it expects to “predominantly bear any monetary penalties or other payments that the CFTC may impose” in the case.

Write to Aruna Viswanatha at aruna.viswanatha@wsj.com and Jacob Bunge atjacob.bunge@wsj.com