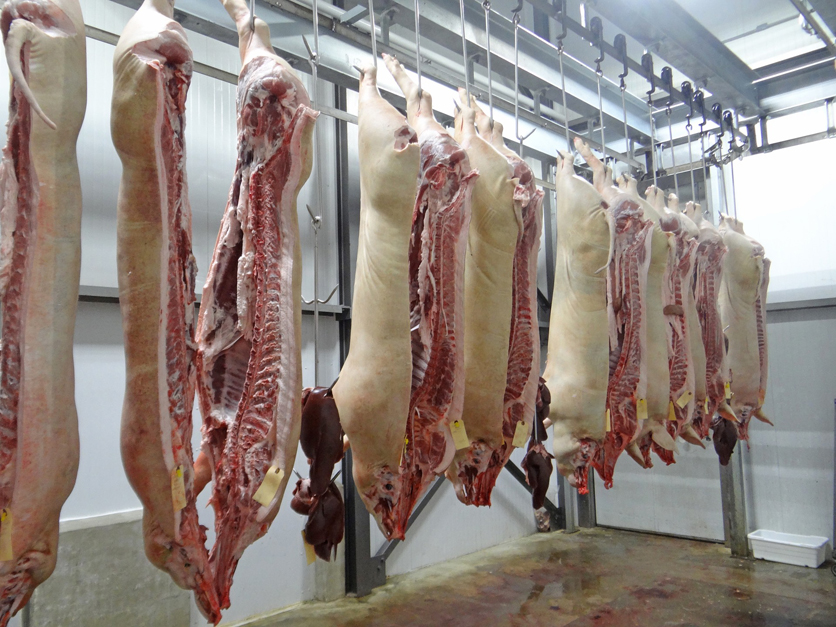 President Donald Trump defended his actions to end a “bottleneck” in the food supply, but legal experts differed over whether an executive order aimed at ensuring meatpackers keep operating amid the coronavirus pandemic could override state and local objections or make companies immune from lawsuits.

The order, announced Tuesday, authorizes Agriculture Secretary Sonny Perdue to “take all appropriate action” under the Defense Production Act “to ensure that meat and poultry processors continue operations” consistent with guidance issued Sunday by the Centers for Disease Control and Prevention and the Occupational Safety and Health Administration on how to protect workers from the virus.

The order also appears to give USDA new authority to help food plants get access to personal proactive equipment and testing capability, but experts said it’s not clear how the department plans to proceed.

In concert with the release of the order, OSHA issued a statement Tuesday on how it plans to oversee meatpacking plans in light of the White House action and the OSHA-CDC guidance.

Many legal experts don’t believe the executive order would enable Perdue to require plants to stay open, but there is disagreement over whether the executive order affects companies’ legal liability for worker illnesses or whether Perdue could use his authority to block state and local officials from requiring plants to close.

Joe Reardon, assistant commissioner of consumer protection with the North Carolina Department of Agriculture and Consumer Services, thinks the order does empower Perdue to force packing plants to stay in operation. “I do believe that that gives him the ability to direct plants to go back to business, stay in business,” he said.

But other legal experts disagreed. “Nothing in the text of the Order claims any power to force plants to ‘stay open,’ and nothing in the statutory sections on which the Order purports to rely delegates such authority,” University of Texas law professor Stephen Vladeck, a specialist in national security law, said in a series of tweets.

Another major question is whether Perdue can override state and local officials who want a plant to shut down to prevent the spread of the virus, something that has happened in several states.

Alex Tomaszczuk, an attorney at the Pillsbury law firm who specializes in government contracting, said he believes the DPA "preempts state and local law if it is inconsistent with the federal statute.”

However, "as a practical matter, it is in the interest of the federal government to cooperate with local and state authorities,” he said.

He said the administration will likely issue regulations to implement the order.

John Dillard, an attorney with OFW Law, said in an email that it isn’t clear “that the Defense Production Act can preempt a state or local health authority’s order. This is a federalism issue and states have extensive ‘police’ authority on public health matters.”

But he and others pointed out that the OSHA statement, also issued Tuesday, addresses the issue of whether state and local authorities could take action against plants based on the worker protection recommendations issued Sunday by OSHA and the Centers for Disease Control and Prevention.

The OSHA statement says the OSHA-CDC guidance shouldn’t be “construed to indicate that state and local authorities may direct a meat and poultry processing facility to close, to remain closed,” or to require plants to meet other standards.

Another major question was whether use of the Defense Production Act could be used to give packers immunity from employee lawsuits. The OSHA statement indicates the agency could assist in lawsuits on behalf of companies, or potentially on behalf of workers, depending on whether or not the firms tried to follow the OSHA-CDC guidelines.

That’s not the same as giving the companies immunity from lawsuits, but it could help companies defend themselves. Courts often defer to an agency’s expertise, said Gremillion.

The executive order, which says that the secretary can extend his powers to other parts of the food supply chain, goes on to authorize Perdue work with other agencies to “determine the proper nationwide priorities and allocation of all the materials, services and facilities necessary to ensure the continued supply of meat and poultry.”

Many sectors of the industry, including meatpacking, have expressed frustration with their inability to get adequate amounts of protective gear, including PPE, or coronavirus tests for workers.

Dillard said he believes the order authorizes Perdue “to acquire PPE, face coverings, and potentially testing capabilities to food plants. We should be hearing more about that in the coming days.”

Industry officials were struggling Wednesday to figure out the practical implications of the executive order. “There’s a lot of people scratching their heads right now,” one farm sector lobbyist told Agri-Pulse Wednesday.

Meanwhile, Trump said Wednesday at the White House packers were “being unfairly treated” prior to the order, but didn’t elaborate on who was providing the unfair treatment.

“There was a bottleneck caused by this whole pandemic and it was potentially pretty serious,” he said. Trump took part in a call Wednesday morning with food and ag industry leaders, a group he says is “thrilled” with the executive order. “They’re all gung-ho, and we solved their problems.”

But left untouched by the order is the issue of whether or not workers will be willing to return to the facilities shuttered by the pandemic outside of authorizing the secretary to take steps to determine “the proper nationwide priorities and allocation of all the materials, services, and facilities necessary to ensure the continued supply of meat and poultry.”

House Agriculture Committee Chairman Collin Peterson spoke today down the road from a closed JBS pork facility in Worthington, Minn., and said plant employees need to feel confident in the work environment they’re being asked to return to.

“I think the biggest problem in these plants is getting the workers to come back,” he said. “They’ve got to feel safe.”

For more news, go to www.Agri-Pulse.com.