Nancy Pelosi Just Protected The WTO From Trump, Other Democrats 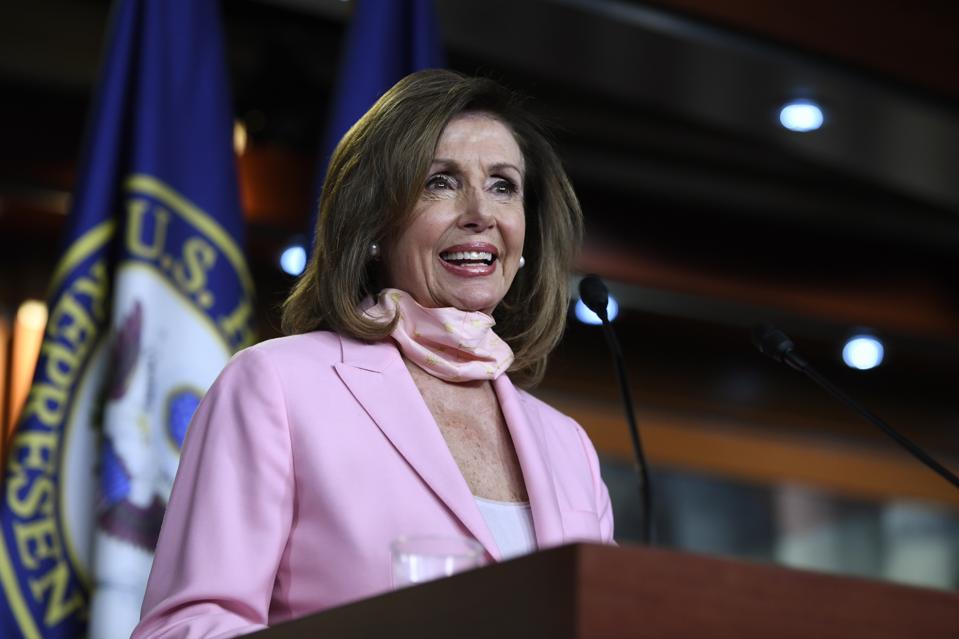 House Speaker Nancy Pelosi of Calif., nixed any chance of WTO membership being taken up by the House

House leader Nancy Pelosi just made sure that a vote to leave the World Trade Organization would not be taken up by this congress, going against other Democrats that think it’s time the U.S. considers leaving the multilateral trade body.

President Trump is also in favor of leaving the WTO, which he thinks has done a poor job at policing China and has given them unfair advantages in terms of trade as it relates to Western competitors. For example, when China entered the WTO, it was not subject to the same labor and environmental rules that governed much of Europe and the U.S. The labor and environmental arbitrage has been a boon for China for decades.

Pelosi got Rules Chairman Jim McGovern from Massachusetts to put a line in to prohibit a vote on WTO membership. It’s line 37 out of a list of 38 items the House agreed to vote on today.

The move went against the wishes of Oregon Democrat Peter DeFazio and New Jersey Democrat Frank Pallone, the two senior House chairs who introduced the resolution to have a vote on membership at some point this year.

Before every vote in the House, a rule is passed for how bills will be voted on. In that rule, Pelosi slipped in the line saying WTO could not be brought up.

The issue came up in the Senate recently.

That brings us to the House, where DeFazio and Pallone thought to put up Hawley’s resolution to a floor vote this year. But now, if they try to bring it up, Pelosi says something like, “House rules prohibit it as we pass…”

DeFazio and Pallone ended up voting with Pelosi. Only one Democrat voted against Pelosi, a Utah congressman named Ben McAdams, though it is unclear if the WTO issue was the reason.

The question now is whether blue collar district Democrats will see the WTO as being too pro-China and therefore push party leadership to reconsider whether membership has its privileges anymore. Pelosi is not considered to be dovish on China, so either she is knee-jerking to the Republicans or some lobbyists have gotten to her.

Taking the WTO off the table sets up Hawley and some China hawks on Team Trump to paint the Democrats as being supportive of big globalized systems that have benefited China at the expense of American manufacturing.

Democratic Party supporters have often led the charge against multilateral institutions like the WTO, World Bank and the International Monetary Fund at least since the famous Battle in Seattle of 1999. That protest marked the first major anti-WTO protest in the world and can be pointed out as an early date in the timeline of the general population starting to distrust global institutions. At the time, the Battle in Seattle activists said that the WTO was responsible for promoting policies that widened the wealth gap, and was exacerbating income inequality in the core economies of the world.